If you’ve been in the paid search space as long as we have – you have probably noted how often Google has been trying to get some type of images in Search to work. It seems like every year or so, a new image-focused feature specifically for Search is released, and then shortly later it is sunsetted in place of a new test.

And, well, it is happening again.

In 2019, Google released Gallery Ads which were the latest rage for businesses and PPC marketers looking for something “different.” It was ideal for those companies driving awareness through Search, or with a heavy visual component to their product or services. Gallery Ads were tested and used by our team here at Eboost too, and we found them especially helpful for businesses not eligible to run Shopping Campaigns (and thereby being able to have their image at least show in Shopping when eligible).

While Gallery Ads will be formally sunsetted in August of this year, Image Extensions have now (re)launched in a closed beta.

Wait, Image extensions? Weren’t these already a thing a while ago?

The answer is yes, but both times they were sunsetted!

First, Google attempted to add Image Extensions to Search Ads in 2013, where 3-4 images were eligible to show above the headline of an ad, though ads were much smaller then with much less copy allowed.

Then in 2016, Google added a new feature where images were able to be added TO sitelinks. Basically, when a sitelink would show, it would have a small image attached to it and on mobile these were swipeable.

The reason they didn’t work?

According to Google, none of the features, including the more recent Gallery Ads were adopted widely enough. And so the latest version of Image Extensions has a much lower barrier to entry than prior. That is because at least one version of them will be dynamic. 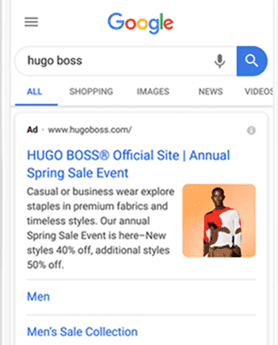 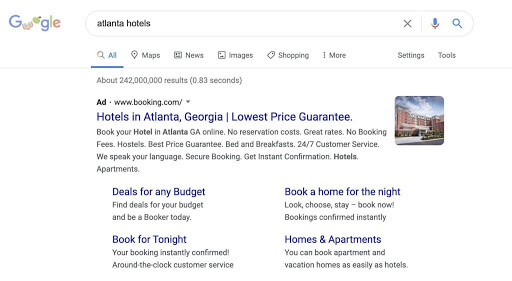 We know we have a line out with our Google Ads representative to get all of our accounts whitelisted.
Do you?